Marilyn Monroe sang ‘Diamonds Are a Girl’s Best Friends’ and over the years it became a common expression. Well, if the girl sews, it is a seam ripper! By the way, this jazz song was originally written for Broadway musical ‘Gentlemen Prefer Blondes’. While I don’t really like the phrase, as it is somewhat offensive, I used it to emphasize my love for seam rippers. It’s a small sewing accessory that is quite often underrated. In a perfect world, you wouldn’t even need one. We want to sew and create, not to rip and destroy. But, ‘the only man who never makes a mistake is the man who never does anything.’ This is not me, it’s Theodore Roosevelt as you probably know.

So, you will sew and you will make mistakes. In those horrible moments when you figure out that you have to remove the stitches and start all over, who comes to save the day? Yeah, it’s a seam ripper. No one likes to use it, because it means that you made a mistake. But it’s a natural and unavoidable part of sewing. If you’re new in the sewing world, you may think that with experience you’ll learn to avoid making mistakes. Well, think again! Even the master sewists make mistakes, alterations, and adjustments very often. That’s why a seam ripper will be your best friend. It always comes to the rescue. And there’s another saying: ‘A friend in need is a friend indeed!’ How fitting, isn’t it?

Even though it’s a small and simple tool, many new sewists don’t know how to take full advantage of it. So, I will show you all you need to know about seam rippers and how to use them properly.

Seam Ripper – What Is It Used for

A seam ripper is a small cutting tool. However, it is a specific tool for cutting threads. It is used to remove stitches and open seams. Some people use it to open buttonholes as well, while others recommend other tools such as buttonhole cutter or fabric knife and cutting mat. It is designed to be safe and help you rip out the stitches easier.

A conventional seam ripper consists of a handle and a shaft that ends in a “u” shaped head. One point is longer than another. The longer point is sharp to allow you to go underneath the stitches. The short point has a ballpoint top for safety reasons. It prevents potential injuries and allows safer cutting without damaging the fabric. The inner curve of the “u” shape is a cutting edge that does the job.

There are different styles and sizes of seam rippers. But most of them are basically the same. While handles may have a different design and length they all do the same job using the same principles. However, there are some specific types of seam rippers such as embroidery, serger, and surgical seam rippers. These types are rarely used, and when people talk about seam rippers they almost always refer to conventional “u” shaped seam rippers.

How to Use the Seam Ripper

Even though this tool is small and simple, there are several ways to use it. The first way is the most obvious one. You can use a seam ripper to undo the stitches one by one. It is the slowest and most tedious way to do it. Nevertheless, removing stitches one by one is the only way to start opening any seam. So, this is how it goes.

You should always start at the end of the seam or hem that you want to open. Insert the sharp point of the seam ripper underneath the stitch, between the thread and the fabric. Now, you can gently pull the seam ripper up and forward, so that the blade cuts the thread. Move on to the next stitch and repeat the process. And that’s about it. However, this can take forever and you’ll also have a lot of small pieces of thread to clean up. Some tightly stitched seams would always have to be picked out one by one. So, is there a faster way?

Skip a Couple of Stitches With Seam Ripper

Fortunately, there are a couple of ways to undo the stitches much faster. You should be more careful though, especially if you work on delicate fabrics. The simplest way to speed up the process is to cut every fourth or fifth stitch. It depends on how long and how tight the stitches are. Anyway, cut one stitch, skip a couple of them, cut one again, then skip and so on. You should do this on one side of the fabric and after cutting several stitches, turn the fabric to the other side. Now you will be able to simply pull out the thread on the other side. Use a lint roller or something like that to clean up small pieces of thread left behind.

Skipping a couple of stitches will allow you to spare some time, but there’s an even faster way. And many sewists don’t know about it. Once again, you have to pick out several stitches one by one to get started. Then you should put the seam ripper between the fabrics with the red ballpoint underneath the thread and the sharp tip above the thread. Now, you can slide the seam ripper and cut almost all the way through. Then you pick out the last couple of stitches one by one again and voila! You’ve done it in no time.

It’s the red ballpoint that allows you to use this technique safely. However, you should be careful. It should be very easy to do it using three hands. Two hands to keep the fabric stretched and straight, and the third one to do the cutting. Doing it with only two hands that you have is not difficult but it takes some practice to gain confidence.

Some sewists avoid using seam rippers on buttonholes and choose other tools instead. They say that it’s easy to cut more threads than you want. However, there are a couple of tricks to make it safe. You can use pins to set the limits and avoid cutting into the thread ends. Another way is to use the sharp point of the seam ripper to pierce the fabric at one end of the buttonhole. Then, pierce the fabric back up at the other end of the buttonhole and cut. If the buttonhole is too long to do this, do it step-by-step. 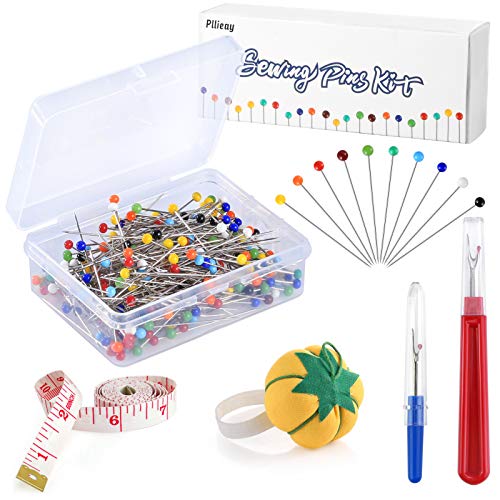 How to Hand Quilt (Yes, It’s Possible Without a Sewing Machine!) 9 Things Everyone Gets Wrong About Selling on Etsy

Use Your Creativity to Make Something Old New and Exciting